Happy New Year everyone! After an extremely busy pre-Christmas period I am enjoying a week with very little baking, whilst I catch up on some admin and try to tidy my house. There is a lot to be done on both fronts, but admin is winning today.

I took a look at the camera yesterday and found a lot of cake pictures waiting to be downloaded and shared. The first is another Octonauts cake, featuring some new characters for me. I believe that the giant squid is called Irving and the green rabbit is Tweak. 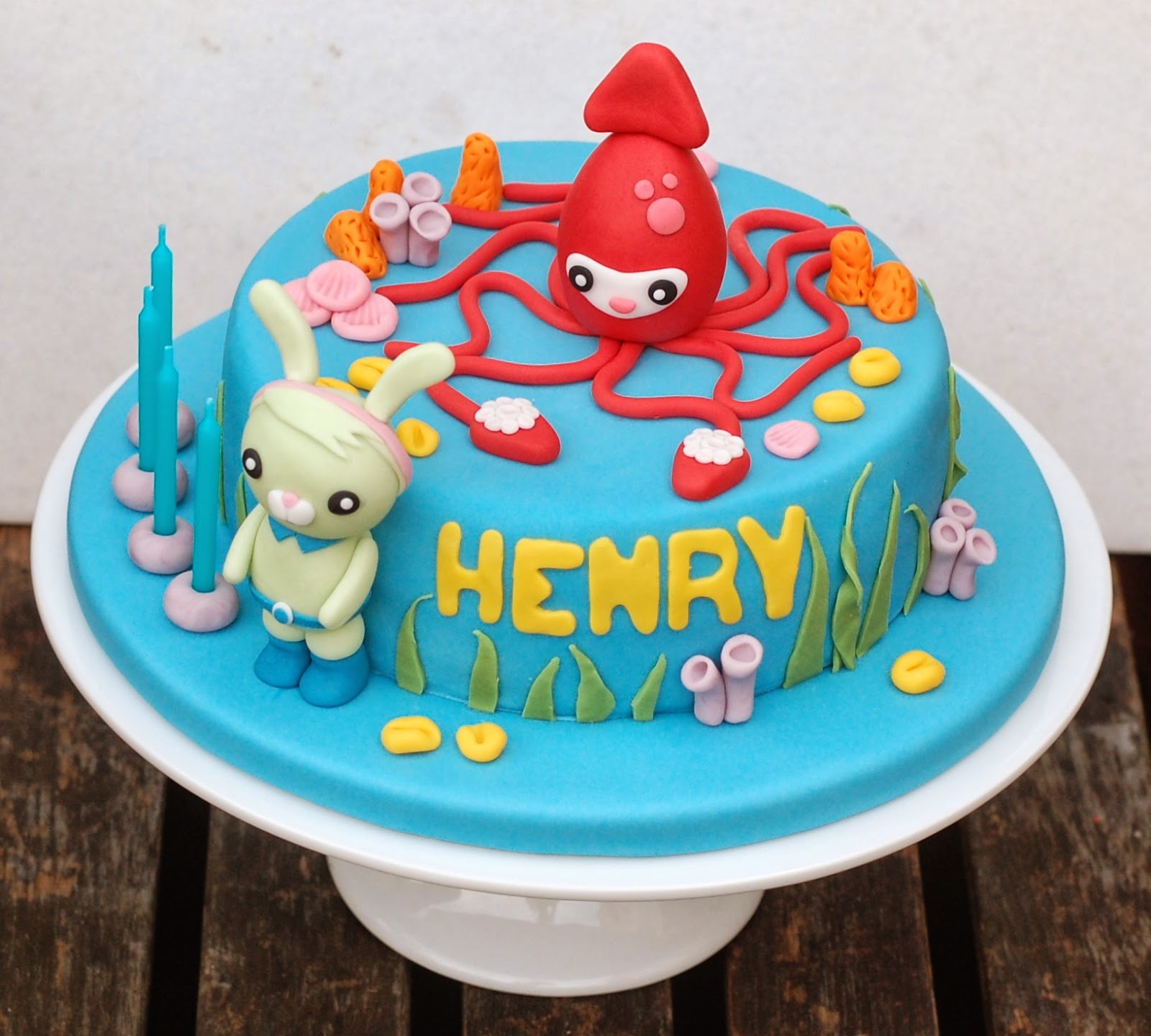 Next up is a cowgirl themed cake for one of my daughter’s best friends, Tabitha. Tabitha had a fantastic line dancing party back in October and wanted a cake to match. 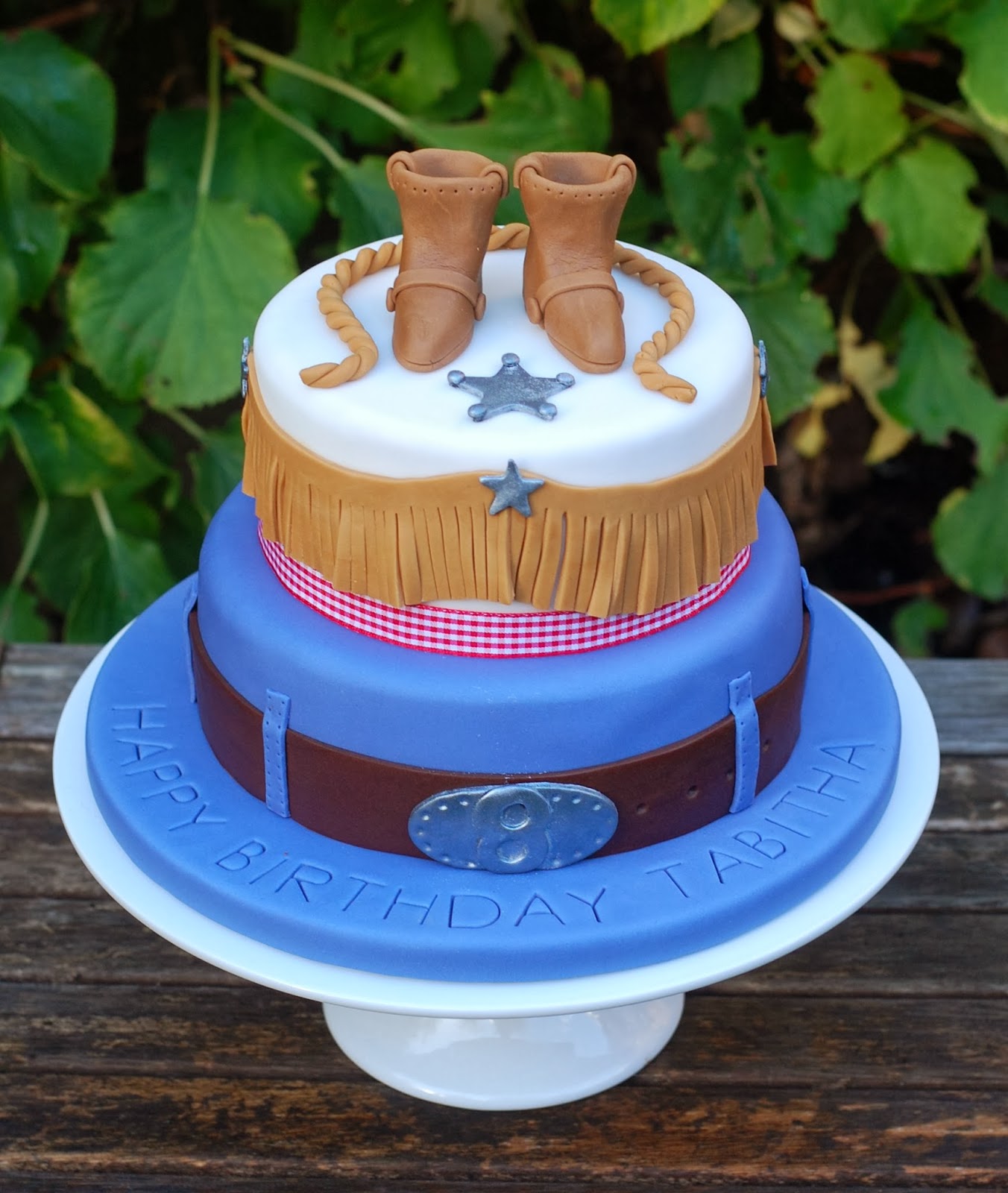 My daughter, Evie, also celebrated her birthday in October. We had a bowling party for her, but she didn’t want a bowling cake. She wanted a surprise. As she has a little collection of Russian Dolls I thought I would take the opportunity to use my new Babushka cutters from Purple Cupcakes to make her this cake. I finished it off with some cake bunting that I made with decorative paper from Tiger. This was another thing I had been hoping for a chance to try out, so I am grateful to Evie for giving me free reign. Unfortunately I forgot to take a picture at home and only have this one from the bowling alley. The light is dreadful and the cake had been poked by a few children by the time I took the picture, but you get the idea! 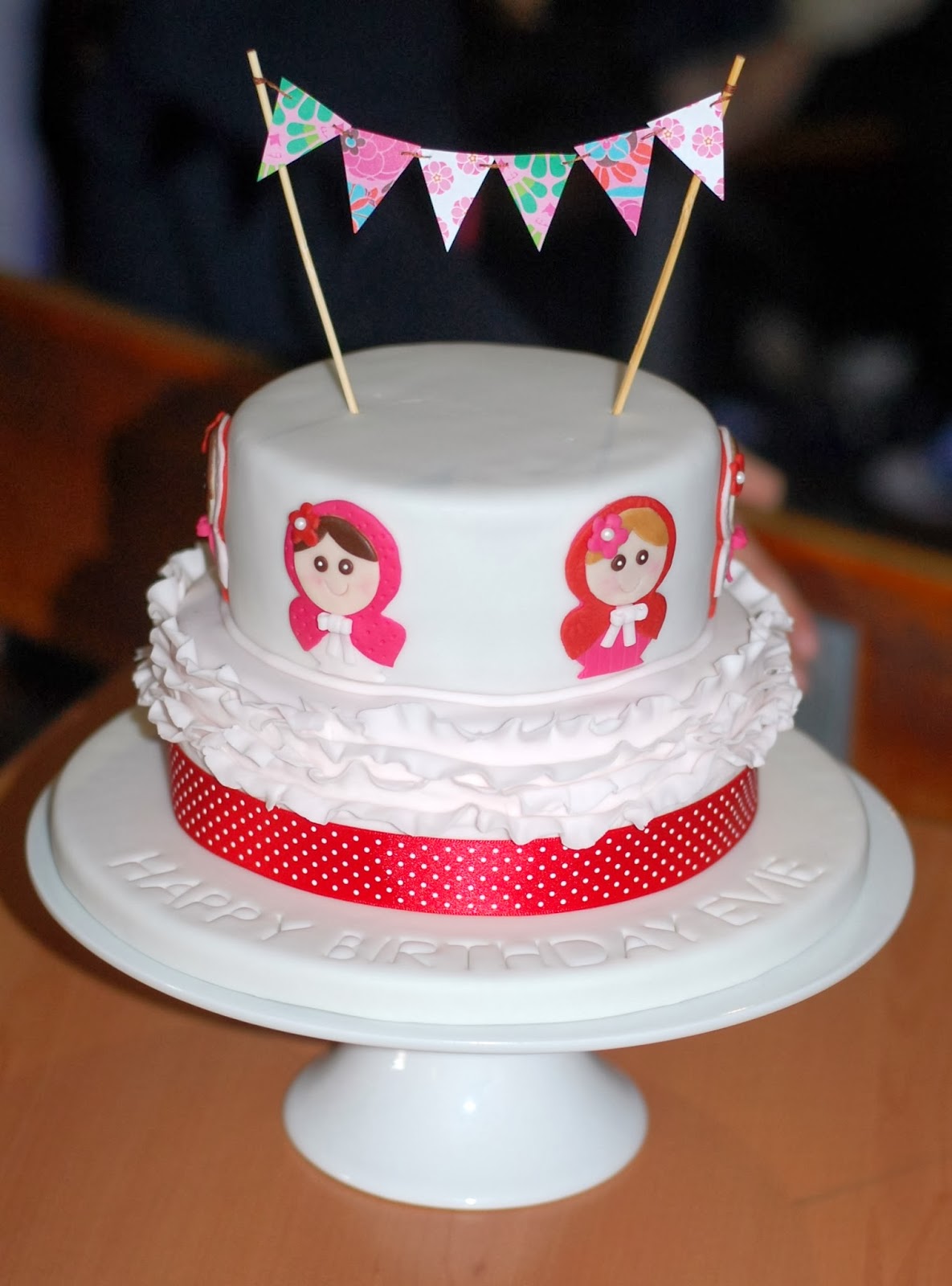