My husband, Pete, reached the grand old age of 40 a few weeks ago. Pete is a keen cricketer and still plays every Saturday (despite his old age and aching bones), so we celebrated with a cricket match. We hired a beautiful local cricket pitch, prepared a special tea and invited lots of friends and family. Luckily the rain held off and the although there was a last minute pitch inspection, the match did go ahead. Pete’s Dad took on the role of umpire and two of his brothers were team captains. It was a fantastic afternoon. 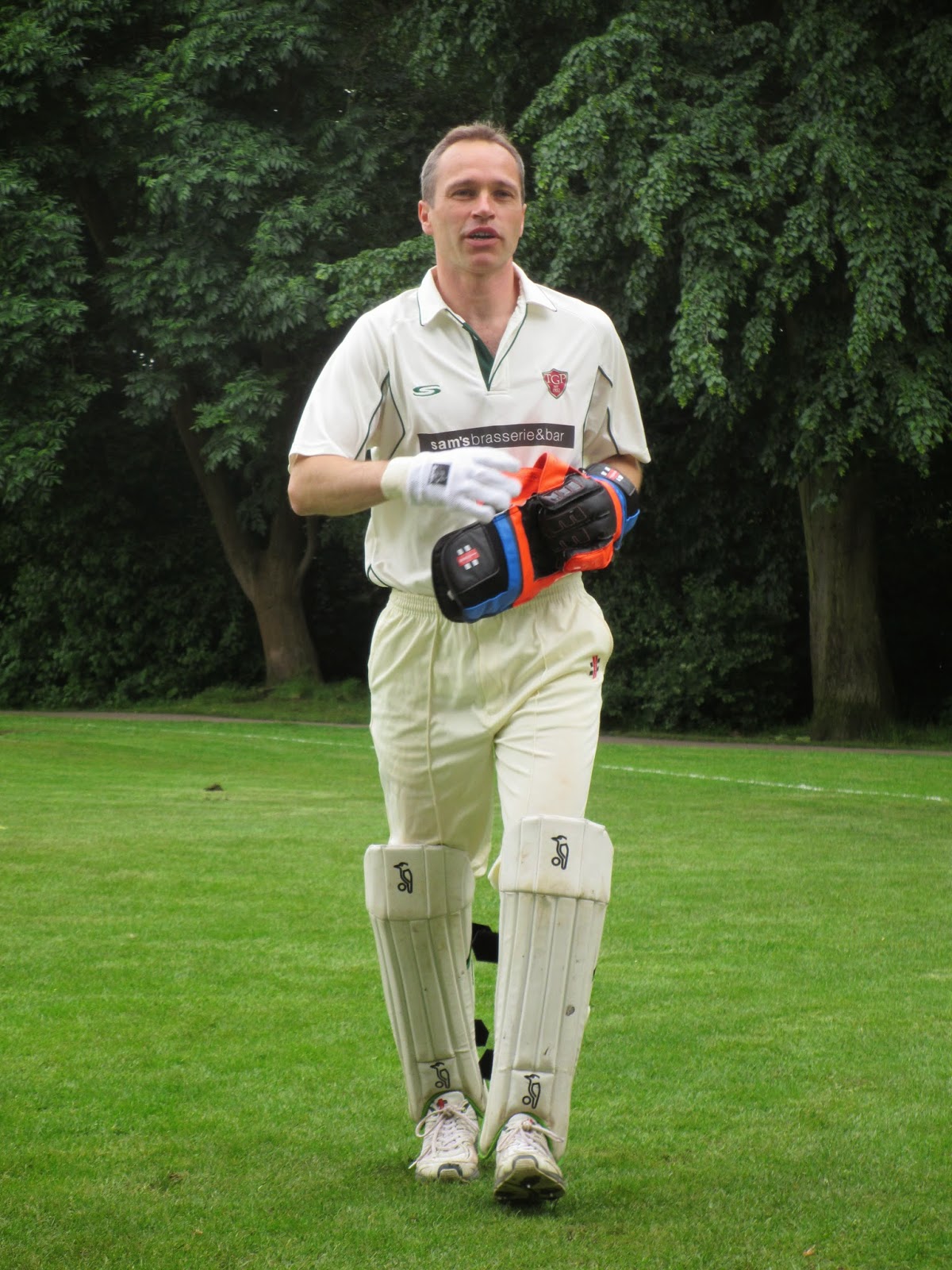 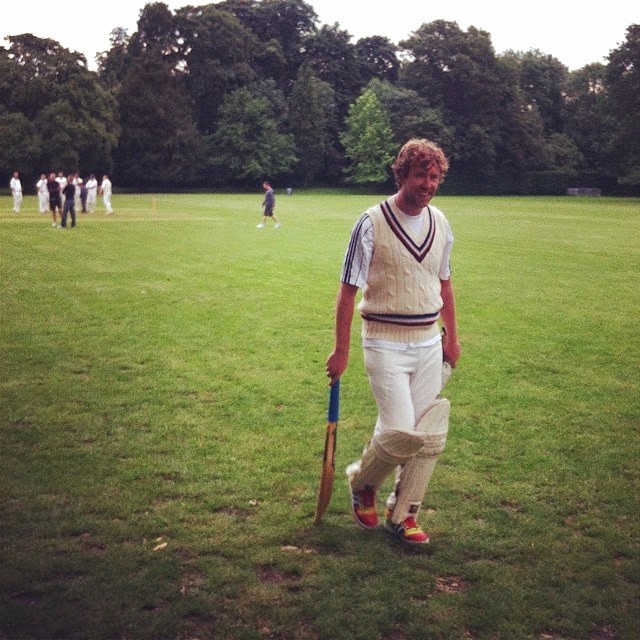 Even the non-cricketers rustled up some whites, although
there was some questionable footwear on show.
Pete’s mum largely took care of the tea, with some popular retro dishes on the menu, such as coronation chicken and poached salmon. Lots of us chipped in with different salads and plenty of sandwiches and sausage rolls for the kids. Another friend made a huge, delicious pavlova. My priority was the cakes of course, and we had plenty. There were brownies, cupcakes and scones with lashings of clotted cream.
The birthday cake was a bit more problematic. Pete is unfortunately not a huge fan of cake, so I didn’t want to make him a traditional birthday cake. He loves macarons though, so thought I would have a go at a little macaron tower, and sit it on top of a cake for the rest of us to eat. I had to take extra care to try and get all the macarons pretty much the same size, and took some time trying to work out how many I would need. I went for chocolate and pistachio in the end as I know Pete likes these flavours, but actually I think that some brighter colours may have been better. 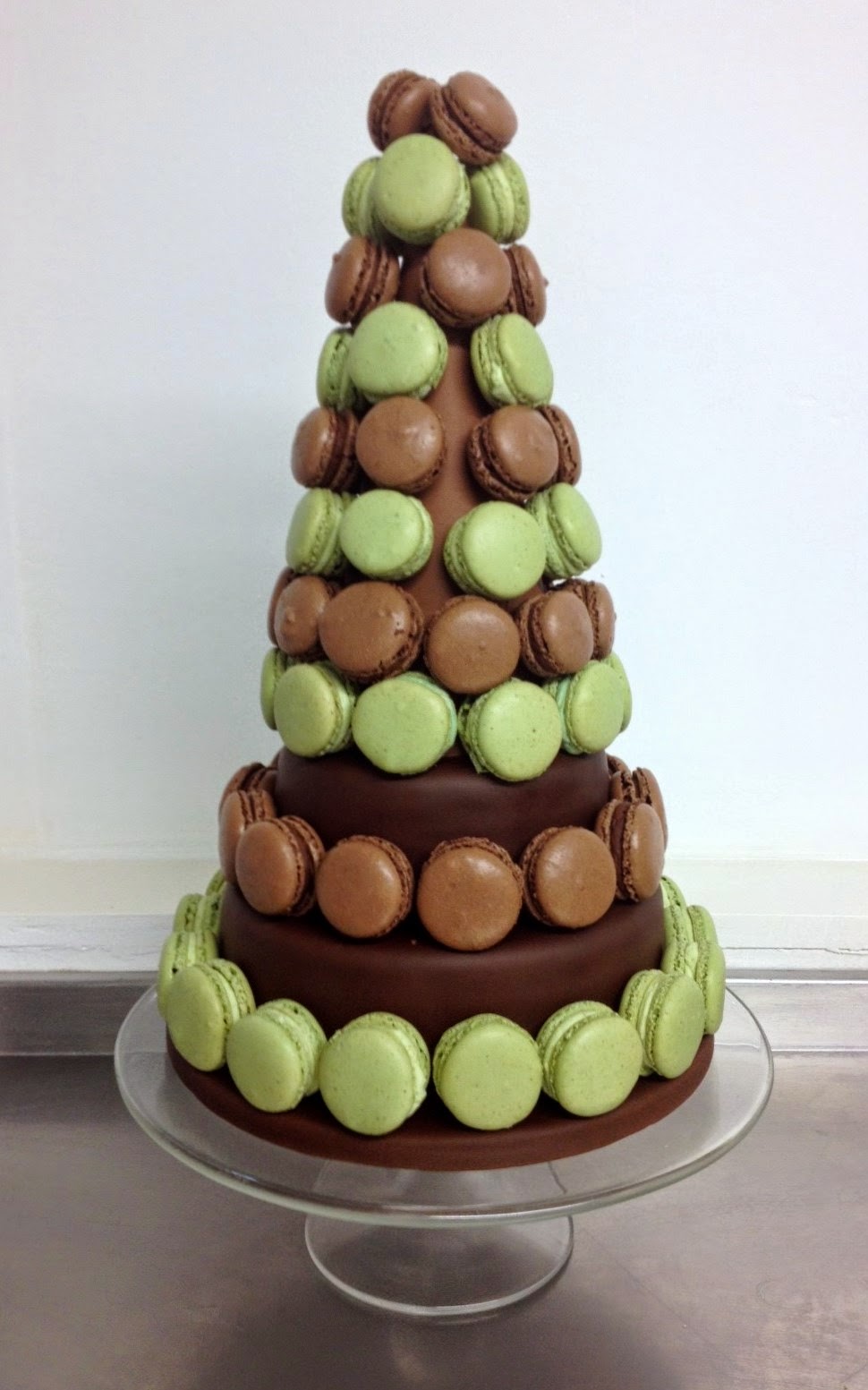 I ordered a polystyrene cone from an an online florist supplier and covered this with dark brown paper. The macarons are secured with cocktail sticks. This worked well, with only one macaron falling off! I think that next time I will chill the macarons first to firm up the filling a little more, then this shouldn’t be a problem.