It hasn’t hit our house yet, but I think it’s only a matter of time, as all the slightly older boys at school (and some of the girls too), seem to be obsessed with Minecraft. Dubbed ‘virtual Lego’ by many, Minecraft is now one of the biggest selling computer games in the world. It features various human characters as well as giant spiders, animals, zombies and plenty of building blocks. There was an interesting article in the Guardian magazine on Saturday about its enormous popularity.

Not surprisingly then, Minecraft birthday cakes have been very popular this year, and I have just made a batch of Minecraft cupcakes too. I’m sure my knowledge of the game and its many characters will increase if my children succumb to the Minecraft bug, but for now it’s all about Steve, the Creeper and the animals. 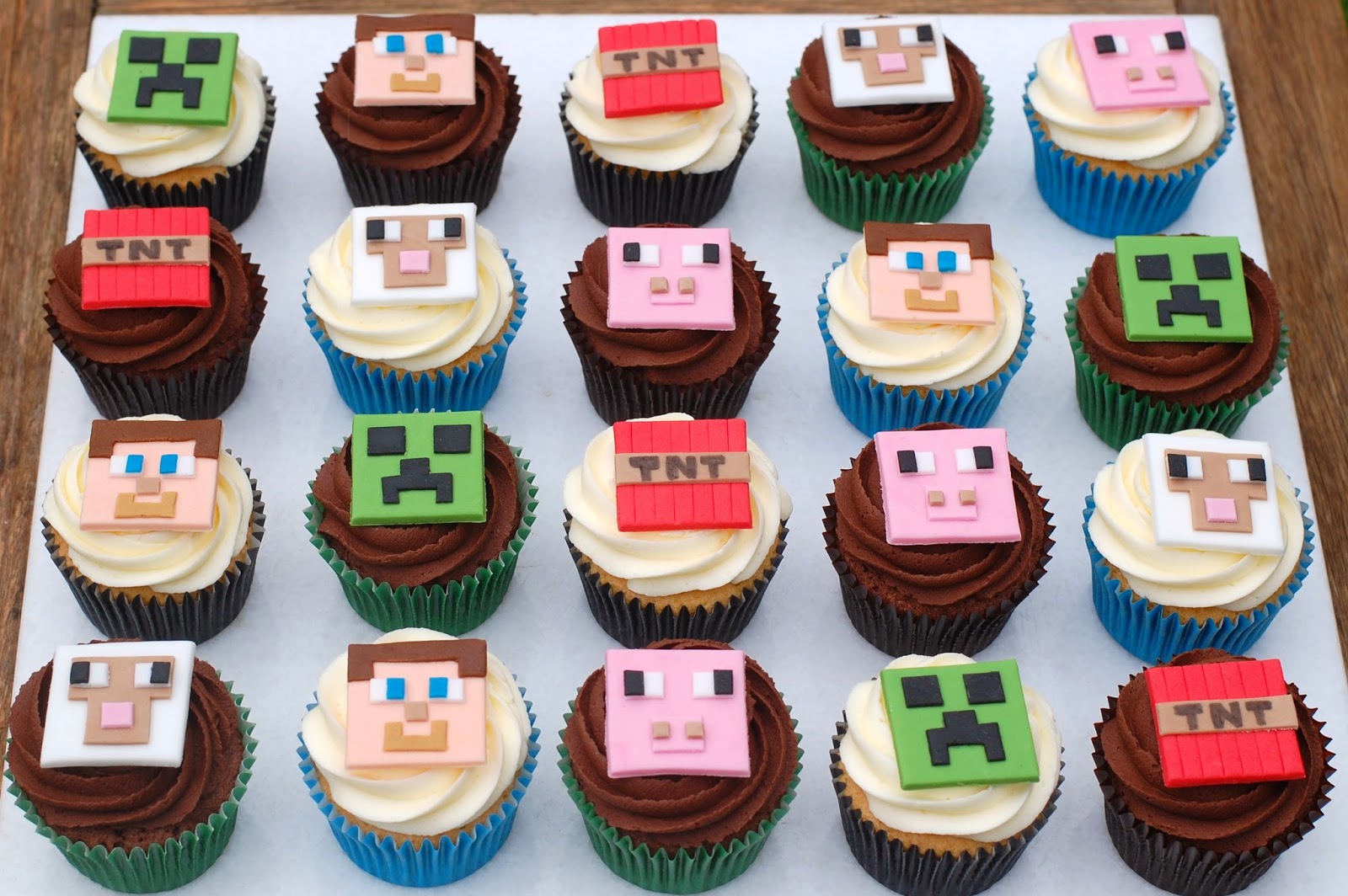 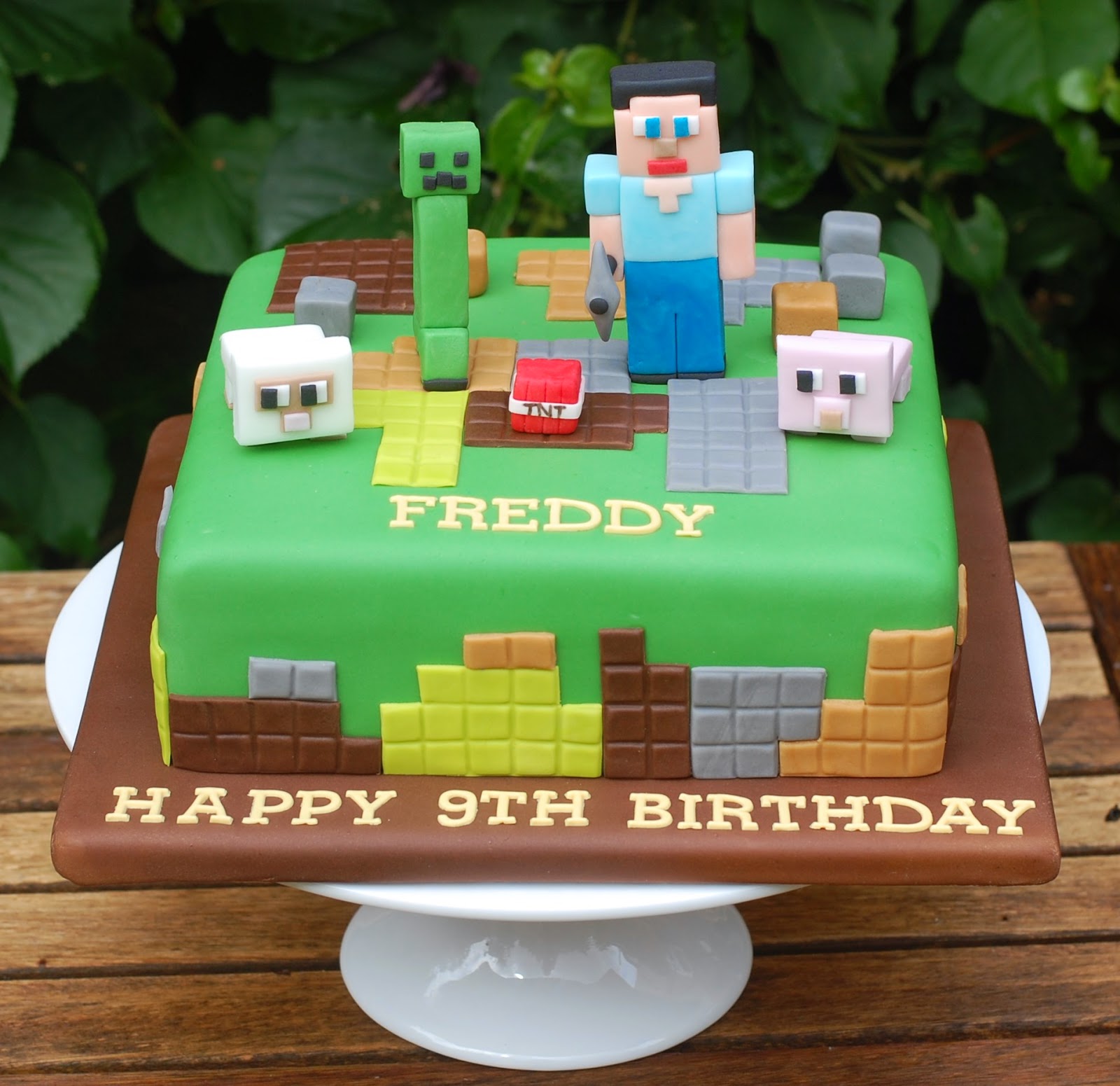